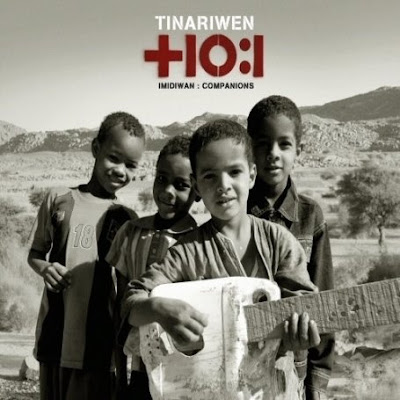 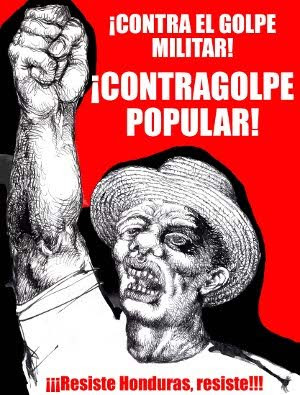 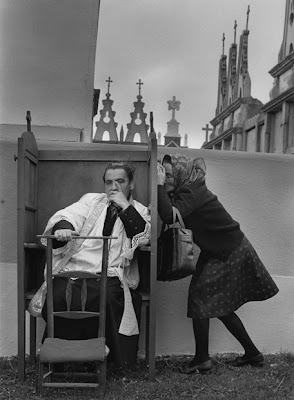 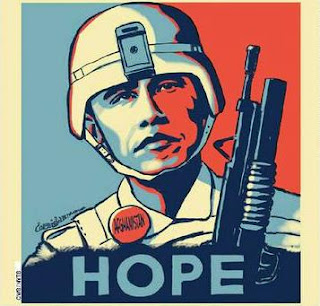 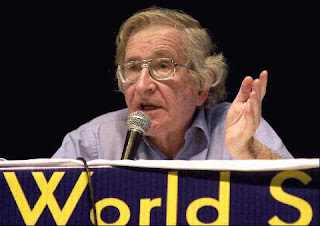 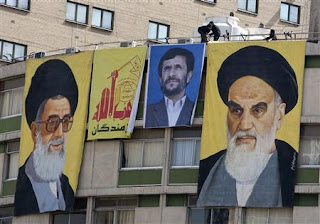 You Are Being Lied to About Pirates 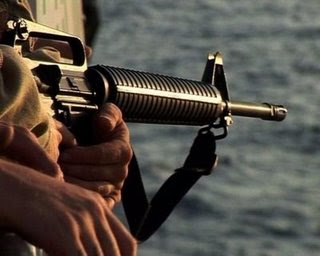 Johann Hari , "Huffington Post"
Who imagined that in 2009, the world's governments would be declaring a new War on Pirates? As you read this, the British Royal Navy - backed by the ships of more than two dozen nations, from the US to China - is sailing into Somalian waters to take on men we still picture as parrot-on-the-shoulder pantomime villains. They will soon be fighting Somalian ships and even chasing the pirates onto land, into one of the most broken countries on earth. But behind the arrr-me-hearties oddness of this tale, there is an untold scandal. The people our governments are labeling as "one of the great menace of our times" have an extraordinary story to tell -- and some justice on their side.Pirates have never been quite who we think they are. In the "golden age of piracy" - from 1650 to 1730 - the idea of the pirate as the senseless, savage thief that lingers today was created by the British government in a great propaganda-heave. Many ordinary people believed it was false: pirates were often rescued from the gallows by supportive crowds. Why? What did they see that we can't? In his book Villains of All nations, the historian Marcus Rediker pores through the evidence to find out. If you became a merchant or navy sailor then - plucked from the docks of London's East End, young and hungry - you ended up in a floating wooden Hell. You worked all hours on a cramped, half-starved ship, and if you slacked off for a second, the all-powerful captain would whip you with the Cat O' Nine Tails. If you slacked consistently, you could be thrown overboard. And at the end of months or years of this, you were often cheated of your wages.Pirates were the first people to rebel against this world. They mutinied against their tyrannical captains - and created a different way of working on the seas. Once they had a ship, the pirates elected their captains, and made all their decisions collectively. They shared their bounty out in what Rediker calls "one of the most egalitarian plans for the disposition of resources to be found anywhere in the eighteenth century." They even took in escaped African slaves and lived with them as equals. 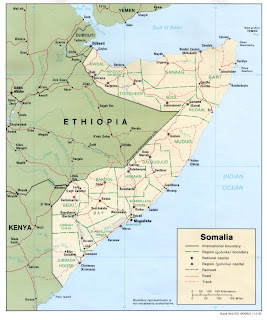 The pirates showed "quite clearly - and subversively - that ships did not have to be run in the brutal and oppressive ways of the merchant service and the Royal navy." This is why they were popular, despite being unproductive thieves.The words of one pirate from that lost age - a young British man called William Scott - should echo into this new age of piracy. Just before he was hanged in Charleston, South Carolina, he said: "What I did was to keep me from perishing. I was forced to go a-pirating to live." In 1991, the government of Somalia - in the Horn of Africa - collapsed. Its nine million people have been teetering on starvation ever since - and many of the ugliest forces in the Western world have seen this as a great opportunity to steal the country's food supply and dump our nuclear waste in their seas.Yes: nuclear waste. As soon as the government was gone, mysterious European ships started appearing off the coast of Somalia, dumping vast barrels into the ocean. The coastal population began to sicken. At first they suffered strange rashes, nausea and malformed babies. Then, after the 2005 tsunami, hundreds of the dumped and leaking barrels washed up on shore. People began to suffer from radiation sickness, and more than 300 died. Ahmedou Ould-Abdallah, the UN envoy to Somalia, tells me: "Somebody is dumping nuclear material here. There is also lead, and heavy metals such as cadmium and mercury - you name it." Much of it can be traced back to European hospitals and factories, who seem to be passing it on to the Italian mafia to "dispose" of cheaply. When I asked Ould-Abdallah what European governments were doing about it, he said with a sigh: "Nothing. There has been no clean-up, no compensation, and no prevention."At the same time, other European ships have been looting Somalia's seas of their greatest resource: seafood. We have destroyed our own fish-stocks by over-exploitation - and now we have moved on to theirs. More than $300m worth of tuna, shrimp, lobster and other sea-life is being stolen every year by vast trawlers illegally sailing into Somalia's unprotected seas. The local fishermen have suddenly lost their livelihoods, and they are starving. Mohammed Hussein, a fisherman in the town of Marka 100km south of Mogadishu, told Reuters: "If nothing is done, there soon won't be much fish left in our coastal waters."This is the context in which the men we are calling "pirates" have emerged. Everyone agrees they were ordinary Somalian fishermen who at first took speedboats to try to dissuade the dumpers and trawlers, or at least wage a 'tax' on them. They call themselves the Volunteer Coastguard of Somalia - and it's not hard to see why. In a surreal telephone interview, one of the pirate leaders, Sugule Ali, said their motive was "to stop illegal fishing and dumping in our waters... We don't consider ourselves sea bandits. We consider sea bandits [to be] those who illegally fish and dump in our seas and dump waste in our seas and carry weapons in our seas." William Scott would understand those words.No, this doesn't make hostage-taking justifiable, and yes, some are clearly just gangsters - especially those who have held up World Food Programme supplies. But the "pirates" have the overwhelming support of the local population for a reason. The independent Somalian news-site WardherNews conducted the best research we have into what ordinary Somalis are thinking - and it found 70 percent "strongly supported the piracy as a form of national defence of the country's territorial waters." During the revolutionary war in America, George Washington and America's founding fathers paid pirates to protect America's territorial waters, because they had no navy or coastguard of their own. Most Americans supported them. Is this so different?Did we expect starving Somalians to stand passively on their beaches, paddling in our nuclear waste, and watch us snatch their fish to eat in restaurants in London and Paris and Rome? We didn't act on those crimes - but when some of the fishermen responded by disrupting the transit-corridor for 20 percent of the world's oil supply, we begin to shriek about "evil." If we really want to deal with piracy, we need to stop its root cause - our crimes - before we send in the gun-boats to root out Somalia's criminals.The story of the 2009 war on piracy was best summarised by another pirate, who lived and died in the fourth century BC. He was captured and brought to Alexander the Great, who demanded to know "what he meant by keeping possession of the sea." The pirate smiled, and responded: "What you mean by seizing the whole earth; but because I do it with a petty ship, I am called a robber, while you, who do it with a great fleet, are called emperor." Once again, our great imperial fleets sail in today - but who is the robber?


POSTSCRIPT: Some commenters seem bemused by the fact that both toxic dumping and the theft of fish are happening in the same place - wouldn't this make the fish contaminated? In fact, Somalia's coastline is vast, stretching to 3300km. Imagine how easy it would be - without any coastguard or army - to steal fish from Florida and dump nuclear waste on California, and you get the idea. These events are happening in different places - but with the same horrible effect: death for the locals, and stirred-up piracy. There's no contradiction.

Singer and songwriter Oumou Sangare is genuine superstar in her native Mali, and a charismatic performer who has thrilled audiencesaround the world with her exhilarating live performances. Her 1990 debut disc Moussolou ('Women' ) released on CD by Nonesuch in 1999 was a sensation in her homeland, as inspiring to many as it was controversial to some. In the lyrics to her songs, Sangare takes up the causes of her fellow Malian women, frankly exploring their problems and unabashedly articulating their desires; the outspokenness of her words are a liberating as her music, which combines traditional instrumentation and rhythms with a sophisticated, funk-driven, contemporary groove.

The Resurgence of Hate Groups in the United States 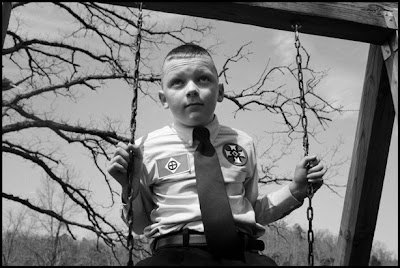 American experts are calling it the perfect storm for white supremacist recruitment: the troubled U.S. economy, the election of Barack Obama, and increased concern about immigrants from Mexico and elsewhere. At the same time, extremist groups that are trying to appear mainstream are having some success. Photographer Bruce Gilden visited two groups on the Southern Poverty Law Center’s hate group list: the Knights Party, an offshoot of the Ku Klux Klan; and the Detroit-based National Socialist Movement, one of the largest neo-Nazi groups in the United States. 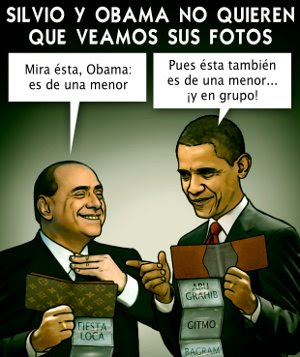 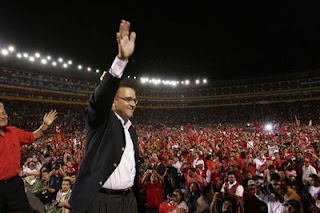 Your client does not have permission to get URL /fb/forms/wavesignup/ from this server. (Client IP address: xx.xx.140.181) You are accessing this page from a forbidden country.